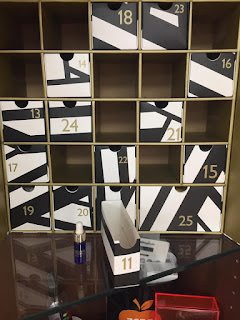 In the day 11 of John Lewis was a little blue vial, which i hadn't a clue of what it was?! So i had a google and found out it was Neal's Yard firming serum for men. I went straight into my boss' office (who is a mate too FYI!) and gave it so him, calling him an old tw*t. Hopefully it firms him right up! Debenhams day 11 is a good one! It is something Ive wanted to check out in a while, the Too Faced hangover primer. There's so many people banging on about it, and i have high hopes for it when i try it out tomorrow. 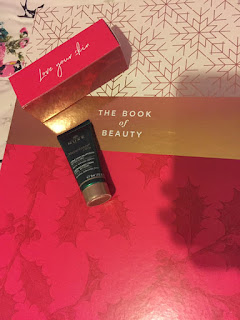 Behind the number 11 in the Marks& Spencer calendar is a Nuxe body cream, which i am going to trial when I've had a shower in the morning, but I am slightly disappointed it isn't the oil again. I mean that oil can be used anywhere and everywhere!
However, even though this says anti wrinkle, (of sorts) i think it will be pretty sweet as Nuxe is!

So looks like a better week for the beauty selections! Yay!
at December 11, 2018
Email ThisBlogThis!Share to TwitterShare to FacebookShare to Pinterest