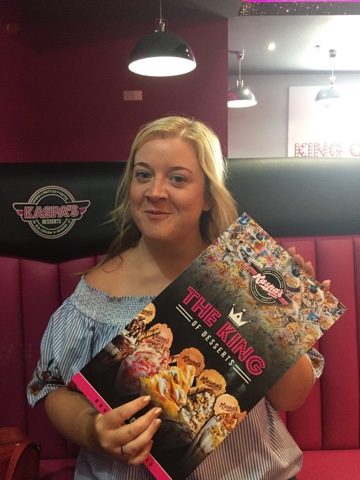 There's a new dessert place in Leeds which i was invited to check out last week! Its called Kaspa's and does waffles, ice cream, milkshakes and crepes! 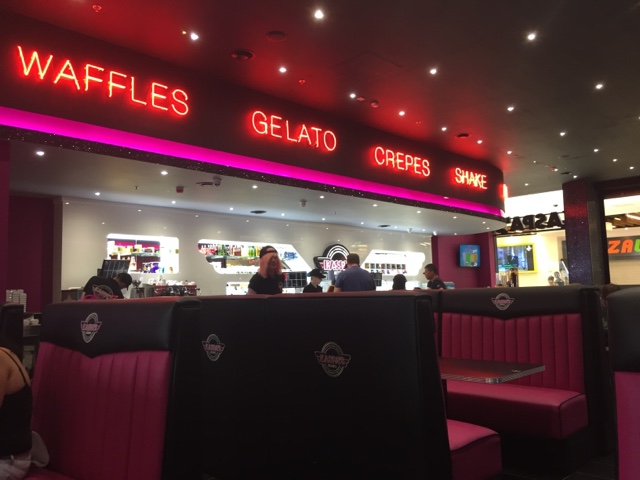 The smell when me brother and i entered was sweelty intoxicating. We're both fans of chocolate delights and so i junped at the opportunity to check Kaspa's out! 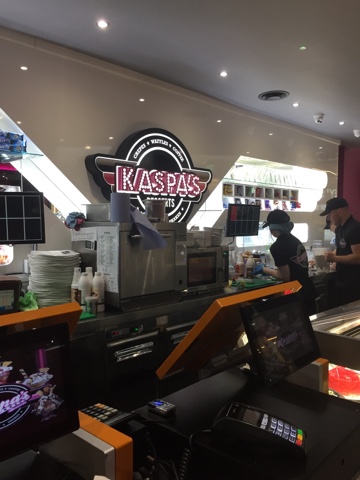 We were shown to an American style diner booth in the back and given menus, which we poured over, decided on our treats. Once decided i headed to the til to order. 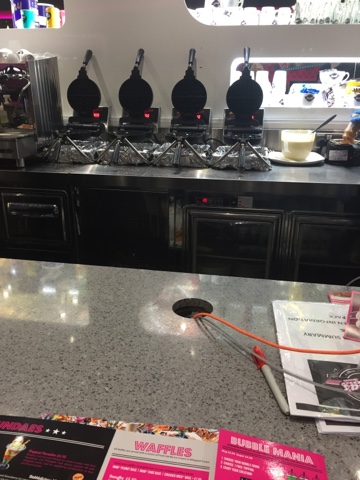 I've got to say, it did take a good 5 mins to be served, but it was good to watch the staff making waffles in the makers as above, or emptying shakes into the glasses! 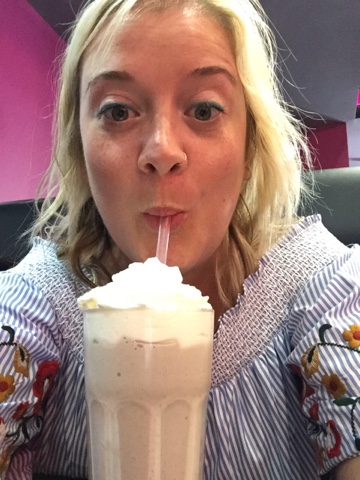 I decided in an oreo milkshake complete with whipped cream, which was delcious and lovely an cooling with Sunday being such a hot day! 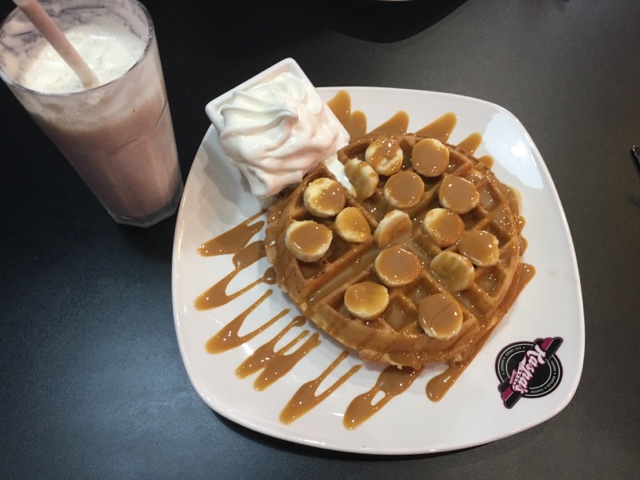 My brother opted for a galaxy shae, and banana toffee waffle with vanilla ive cream! Look how huge it is! 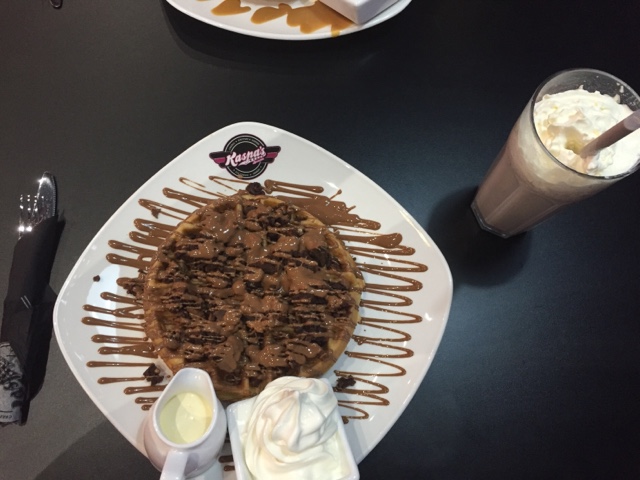 I went for the brownie waffle, which came with brownie pieces on top, chocolate sauce, accompanied by vanilla ice cream and pouring cream, which is the perfect combination! 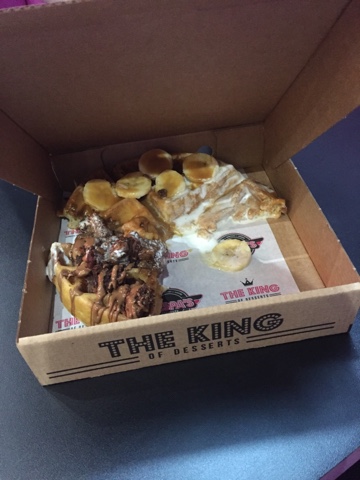 Here's the photo of honesty, the amazingly huge portions defeated us both! We opted to take away our treats in this handy box provided by Kaspa's! How cute is this for leftovers?! 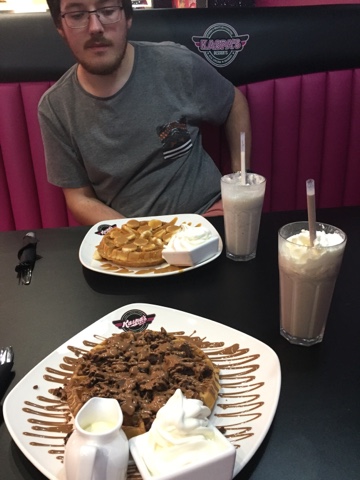 It was such a chocolatey heaven treat, so thank you so muh to Kaspa's and Don't Panic for the invite to check it out!
I know review posts end in "i'll be back" but seriously, it was THAT good, i will plan to come back asap to try out other treats on the menu!
at July 15, 2017
Email ThisBlogThis!Share to TwitterShare to FacebookShare to Pinterest