The one you've waited for... Kat Von D beauty haul! 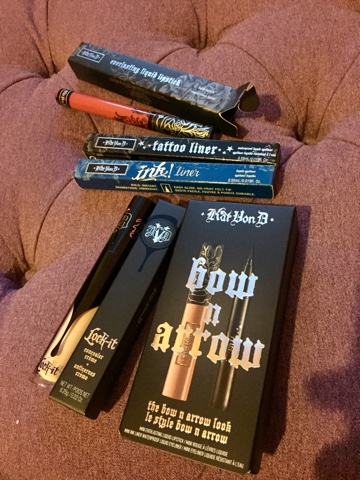 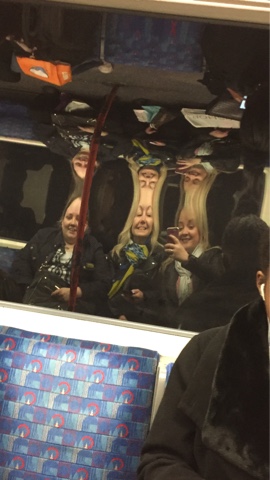 Us on the Tube to Oxford Street!
I had planned where we wanted to go when there, and Oxford Street was one of the places, to see not only the enormity of the stores but also inside Debenhams there is an amazing new counter! 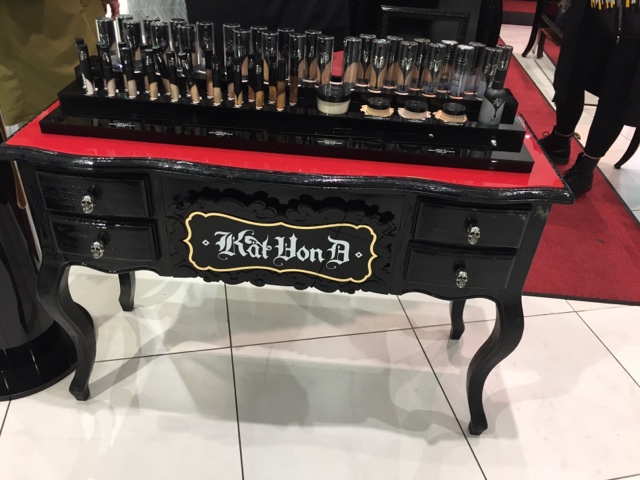 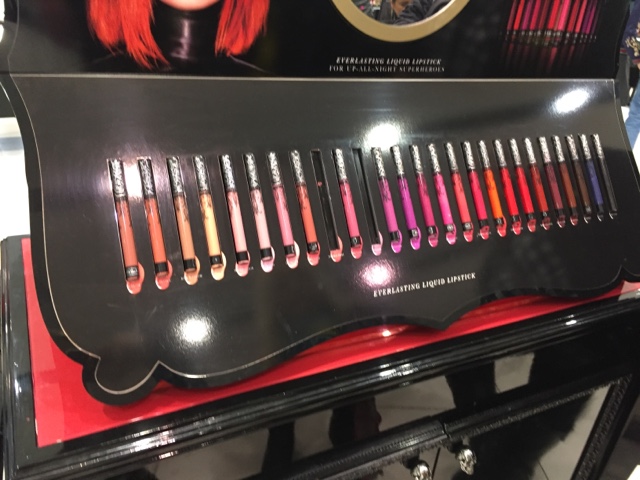 Kat Von D Everlasting liquid lipstick display.
There was so much choice, it was quite overwhelming, but luckily the counter was dead! I has heard rumours it is mega busy, so i was so lucky to catch it like this! 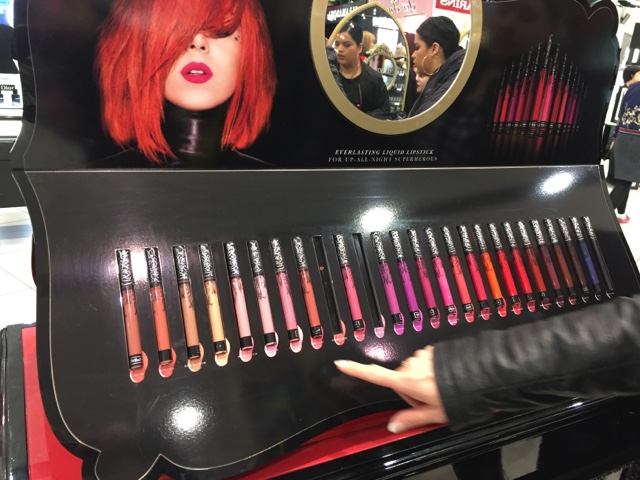 Even more Kat Von D Everlasting liquid lipsticks on display.
I'd asked on twitter and got the advice of Sophie over at Popcorn and Glitter, who let me know her opinion and things to look out for within the ranges. So i tried out the eyeliners, as i'd used Trooper, the black Tattoo Liner before as a sample and it is by far the best liner ever! It lasts all day! So good! 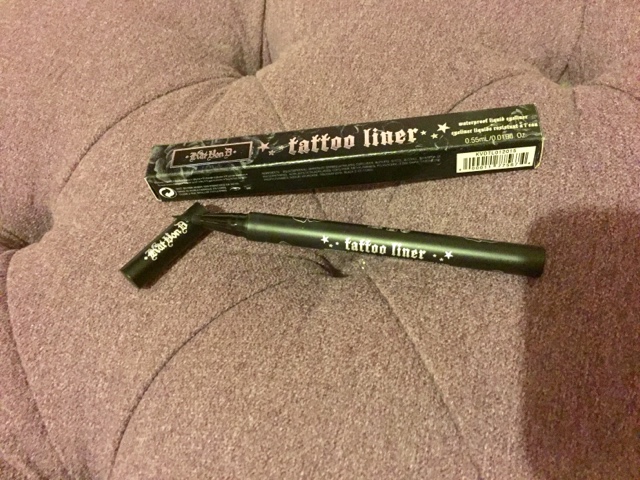 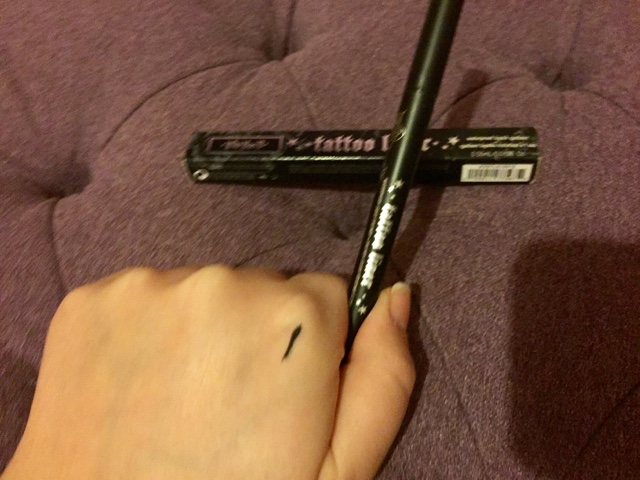 I then chose a liquid lipstick in Double Dare. A subtle pink colour, which is good for me who likes neutral for everyday. These are all matte finishes, and i was wearing Bow N Arrow, so knew i liked the consistency. 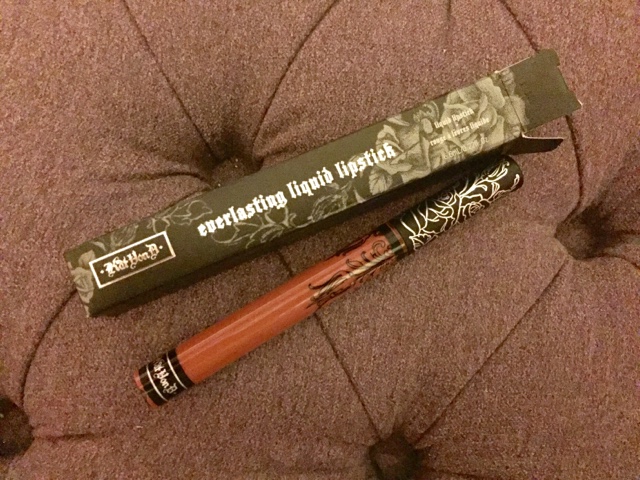 Everlasting lipstick in Double Dare £17
While i was there an assistant asked if i needed help, so i thought i might as well take advantage and try out some shades, and get advice on the best products. 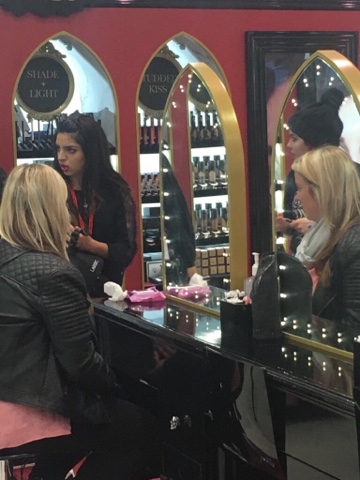 Me sat at the Kat Von D Mirror - photo credit to my friend Clarissa 📸
The cool girl got me the most popular colour in the ink liners, which are vivid colours. It was , a bright blue which i love to wear in the spring/ summer months! 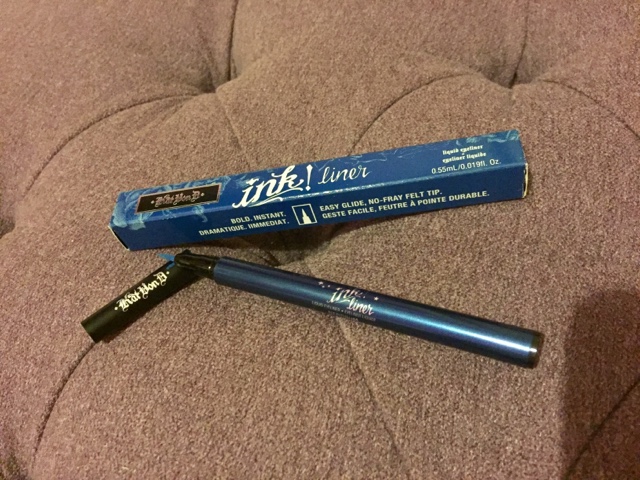 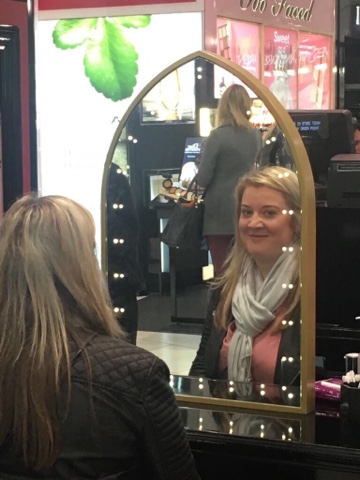 Me smiling in the mirror back at my friend. Photo credit - Clarissa 📸
I then asked to be colour matched to a concealer, as lately my eye dark circles have been so much worse! I got the shade warm ivory, from the Lock It range. I was a little dubious as i had heard mixed reviews, and i adore the MAC one so much. However, it covered brilliantly and i was sold! 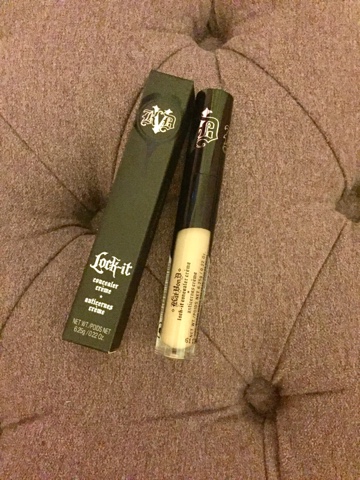 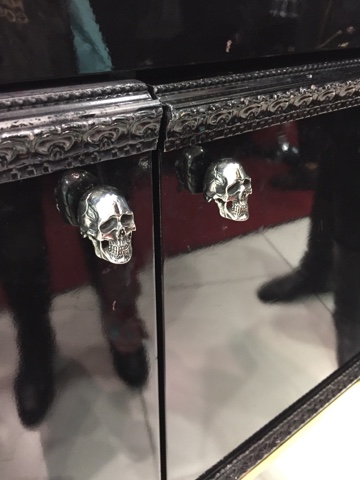 The skull detailed handles on the cupboards around the Kat Von D counter.
I loved the whole vibe of the counter, with the gothic theme it is SO me!
When paying for all my goodies i spotted a mini set with a Ink liner and a mini Bow N Arrow, so added that in too. 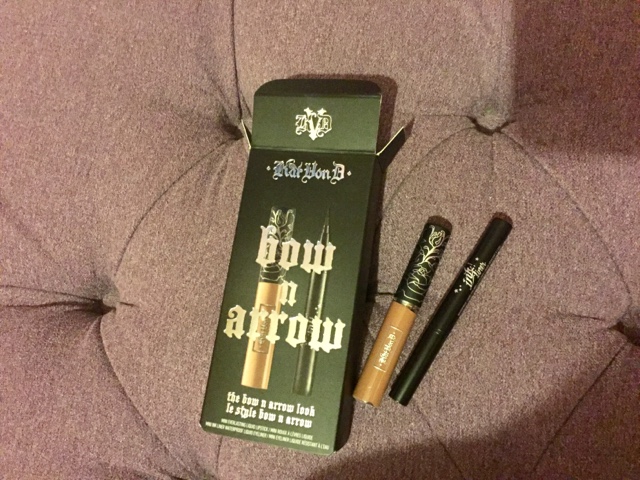 In total i spent £83, and had a £10 Debenhams gift card to use too! So £73 was pretty great!
I had so much fun trying, testing and seeing the counter! I want to head back when i'm in London again in May!
Have you tried Kat Von D beauty? :)
at March 23, 2017
Email ThisBlogThis!Share to TwitterShare to FacebookShare to Pinterest