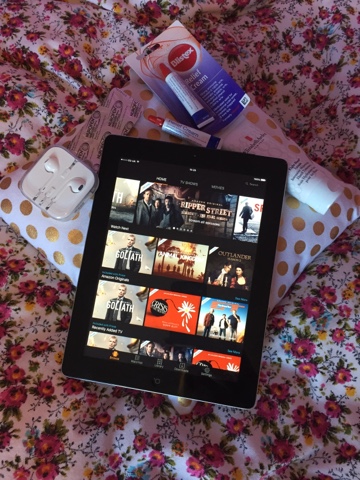 I love to chill out with new TV shows to get stuck into! I can pretty much watch one season in a weekend, so always need a good list of shows to check out. I recently got Amazon Prime and Netflix, so i have ao much choice!
I thought i'd do a run down of my top 5 recently!
1. Jessica Jones - Neflix original
Set in Hella Kitchen this Marvel adaptation is filled with action and intrigue. The heroine is plagued with her past and as the episodes progress the revenge in her is fueled.
I really enjoyed the suspence and thrill of many of the storylines. It was a little flat towards the end, but the ending worked for what it was.
2. American Gothic - Amazon Prime
I loved this series as i was constantly insisting it was that person, no the other, wait it was them... wasn't it?!
The tv show follows a well to do family who seem to have it all, but as the story unravels it seems they thought they were above the law. With all thw money one member is an addict, another estranged, while another is having and affair. It is jam packed with sins and follows a murder case which points to the families past.
I hope there will be a second series due to the ending, but we shall see!
3. Stranger Things - Netflix Original
Yeah i'm jumping on this hype!
A thriller and who done it is the main issue, or rather what done it. With eerie goings on, people not what they seem and suspence in scenes, with a lot of weird thrown in!
I thought it would be more horror than thriller but in the end i did enjoy it as a series. I can't see that there'll be a second but who knows!
4. Lucifer - Amazon Prime
The decil himself walks among those in the city of angels, or rather he owns a night club, after taking a break from the ruling of hell.
It is set in modern day which is great and Luci, as his brother calls him, has taken a liking to an LA detective, who he follows in all her cases.
Its now showing the second season which is just as good, and is a mist see for sci fi fans!
5. Power - Netflix
The story follows Ghost, who is a drug dealing sort of gangster in a suit who is trying to go good, or so we think until it all becomes clear its all just to hide the goings on behind closed doors. All goes well until he meets his high school sweet heart again, and has to choose between her, the law and his family.
There's like a lot of sex, but it is such a hreat story line! There's 3 seasons already, and all just as gripping. So good!
Next on my list is;
Luke Cage, Gilmore Girls as there is so much hype about the show and Animal Kingdom.
Any others i should be checking out? Comment and let me know! :) 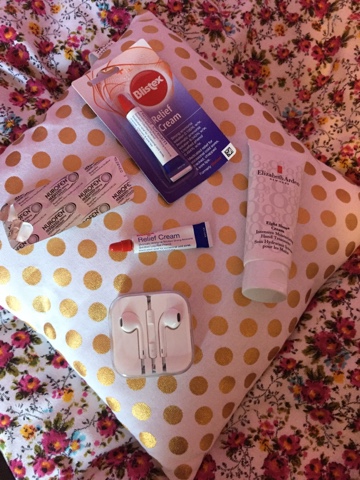 Also the stuff surrounding my ipad is earphones to watch, hand cream as i'm obsessed, neurofen as i have a bad back and blistex as my lips are SO bloody dry! My little comforta for a chilled Sunday :)
at October 16, 2016
Email ThisBlogThis!Share to TwitterShare to FacebookShare to Pinterest
Labels: Amazon Prime, favourites, Jessica Jones, netflix, Stranger Things, Tv