Interstellar is a film I didn't watch when it first came out, no idea why as Sci-Fi is a currently love of mine, as a genre I can get lost in and imagine lots of the possibilities out there.

So when I saw that the local cinema, New Picture House were hosting the viewing of it, I was excited to pop along and see what it is about! 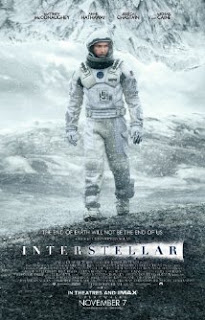 To start the film, there is always an introduction of it by one of the staff members, this weeks was to inform us of the camera techniques, which I love being an ex film student, then we were informed it was a 3 hour epic, bum numbness ahoy!

So immediately I loved the film, with it's hazy setting of the future of our planet, the way we have treated it making it so everything is dying, and the characters were lovable from the start. I am a fan of Mathew McConaughey in recent times, like Dallas Buyers Club and True Detective, so knew the performance would be a great watch.

Now, there is a lot to wrap your little head around. I say little as compared to the vast volumes of space, it is Minuit! So, we're talking space travel, other dimensions and wormholes. Crazy stuff happening in this film, but is SO fascinating.OK so wormholes probably would make you impload, but lets us ignore than for this film, and imagine that one day explorers could go through, and discover new life. Ah the possibilities! 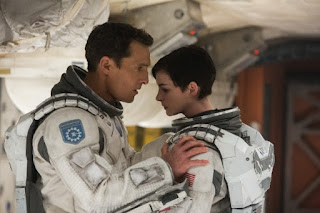 I really enjoyed all the theories in the film, the gripping and tragic performances but I do think it was a little longer than it needed to be here and there, and my bum and leg fell asleep, even with the half time interval, like old school cinemas have! 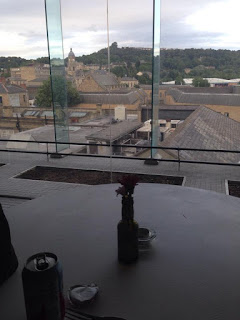 Talking of the interval, there are food and drinks served there, but I always get mine to take away afterwards. The curry was delcious and amazing for only £2.50, and the carrot cake which was £1.50 was "The best i've ever had" according to my Mum, who I took  a piece home for. Great comment from her :)

I love the cameo from Matt Damon, and the different role he played in this, as he is usually the nice guy, but this was way different and a little phsychotic, which is my favourite of the acting roles, cause I'm weird like that.

I would definitely watch this film again, and on my score sheet I gave it 4.5 out of 5, the loss of half a mark was due to the length really, as everything else was brilliant! :)
All pictures of Interstellar film taken from IMDb website.

at October 02, 2015
Email ThisBlogThis!Share to TwitterShare to FacebookShare to Pinterest